Treating the vaccine-hesitant as a single cohort is doomed to fail.

“Falsehood flies, and the Truth comes limping after it”

Since the invention of vaccines, there have been those who oppose them. In the 1700s some called them “the Devil’s work.” In 1982 a film called “Vaccine Roulette” baselessly claimed a link between vaccines and neurological issues.

But the vaccine crisis we face currently—the World Health Organization identifies vaccine hesitancy as one of today’s top 10 threats to global health—was almost certainly born of a fraudulent paper written by a disgraced researcher since stripped of his medical license. In 1998, The Lancet published a paper by Andrew Wakefield which suggested that the measles, mumps, and rubella (MMR) vaccine caused autism in children. It was discovered that Wakefield was secretly receiving payments from anti-vaccine litigants, and his conclusions have been repeatedly disproven over the years. In 2010, The Lancet issued a retraction, saying “it was utterly clear, without any ambiguity at all, that the statements in the paper were utterly false.”

At the time of Wakefield’s paper publication, there were few answers related to the causes of autism; which perpetuated the acceptance of the paper’s conclusion. And since then, social media has provided a forum for spreading false and unproven information. According to a 2018 MIT study published in Science, falsehoods are 70 percent more likely to be retweeted on Twitter than the truth, and spread six times faster.

The term “vaccine hesitancy” has been adopted by the healthcare industry in an attempt to depolarize the “anti-vaxxer” and “pro-vaxxer” groups.

“What is the cost of lies? It’s not that we’ll mistake them for the truth. The real danger is that if we hear enough lies, then we no longer recognize the truth at all.”

The real cost of vaccine hesitancy in terms of both dollars and public health is significant.

In the U.S. we spend almost $27 billion a year treating adults for Vaccine-Preventable Diseases (VDPs).

According to some estimates, vaccines given to children born in the U.S. between 1994 and 2013 will prevent 322 million illnesses, 21 million hospitalizations, and 732,000 deaths. Over their lifetimes, this will save $295 billion in direct costs and $1.38 trillion in total costs to society.

“Whenever you have truth it must be given with love, or the message and the messenger will be rejected.”

Vaccine hesitancy occurs for a variety of reasons, and it’s crucial to remember this when designing outreach and education programs. Healthcare providers and communicators must be sensitive to the unique concerns of individuals.

Many are concerned about efficacy and safety. Others believe that these diseases are no longer a threat. Some see mandatory vaccination as a governmental overstep. Yet others object on religious or philosophical grounds.

“Reasoning will never make a man correct an ill opinion, which by reasoning he never acquired.”

To be effective, any outreach must take into account the various reasons for hesitancy, and the many different demographics involved (ethnicity, age, education, location, income, etc.).

The misinformation propagated online by vaccine hesitancy groups is effective because they (intentionally or not) use behavioral science techniques. Until these same techniques are deployed at enterprise-scale, with messages tailored to various demographics and concerns, vaccination rates may continue to decline.

Facts Are Not Enough

You might assume that giving people the truth about vaccinations should dislodge the myths, but research shows that it’s not that simple. Once encountered, misinformation is tenacious. Cognitive bias means we are more drawn to information that agrees with a held belief than that which opposes it; and it makes us remember bad news more readily than good news. The bandwagon effect causes people to think “well if that many people think vaccines are dangerous, there must be something to it.”

These obstacles can be addressed using behavioral science techniques.

If debunking is so hard, how about “pre-bunking?”

Cambridge University researcher Sander van der Linden examined falsehood “inoculation,” first proposed during the 1960’s cold war era. The idea is that if replacing untrue information with facts is so difficult, perhaps the opposite is true. In an experiment, the research team used an actual climate change disinformation campaign, the “Oregon Petition,” which falsely claimed that over 31,000 U.S. scientists did not believe that human activity causes climate change.

When pre-armed with a brief explaining scientific facts and pointing out errors in the petition—for example “The Spice Girls” and “Charles Darwin” were petition signers—the number of people accepting its authenticity dropped considerably.

An effective outreach campaign will use additional techniques such as the Health Belief Model (HBM), which looks at five elements that affect a person’s decision-making process. For example, looking at flu vaccination, the elements to be addressed would be:

Incorporating techniques such as these are key to influencing behavior in an outreach program.

Healthcare and community leaders are already detecting some resistance to a Covid-19 vaccine, even though most researchers agree that it’s at least a year away. Such misinformation could create confusion and lead to reduced uptake of a vaccine once one is ready. For the health of our country, and all countries, it’s critical that we in the health industry get ahead of these efforts right away by providing accurate vaccine information in a manner that is relatable to most people, and addresses general concerns about vaccinations. 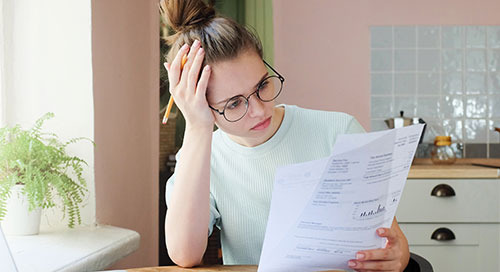 The Link Between Health Insurance Literacy and Member Care 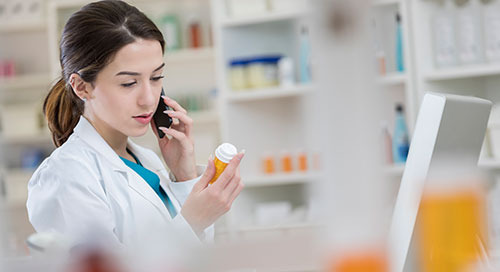 Addressing the Opioid Epidemic Amid a Viral Pandemic