Take a look at this map and see if you can guess what the highlighted territories have in common.

They all have a higher life expectancy than the U.S.

And all except Switzerland spend less—in most cases a lot less—than we do on healthcare. The Swiss live on average 4+ years longer than Americans.

Every year, Bloomberg creates a list ranking healthcare efficiency of economies with life expectancies of at least 70 years, GDP per capita of over $5,000, and a population of more than five million.

The ranking is weighted as follows:

In the most recent index, the U.S. ranked second to last of 56, just ahead of Bulgaria, and tied with Azerbaijan.

Hong Kong topped the index. They have the longest life expectancy of 84.3 years, spending only $2,222 per person, while our expectancy of 78.7 years costs over four times as much, at $9,536.

So why are we spending so much yet getting so little bang for our buck?

Our relatively poor life expectancy is impacted by factors in addition to healthcare:

Yet none of these issues explain our outsized spending. The reason for that is simple: we pay more for things here.

Compared to other countries on the list, we spend more on high-tech medical equipment such as MRI machines, and we overutilize them. Americans are 44% more likely than others to receive an MRI scan, at an average cost of $2,600—though some hospitals will charge over $13,300, and that wild range is another part of the problem. While we use medical imaging more, outcomes are not necessarily better. The U.S. performs more cervical cancer screenings per capita than any other country, yet survival rates are below average.

Another contributing factor is the high cost of drugs in the U.S. compared to the rest of the world. For example, the bestselling biologic Humira costs an average of $2,700 per dose in the U.S. (common dosage is twice a month), yet that exact same dose could be had for $822 in Switzerland, or $1,362 in the U.K. And the price of the drug has doubled here over the last ten years.

How is that possible? Most other countries have price controls and agencies charged with negotiating better rates based on bulk purchasing. Our fragmented system means every insurance plan is negotiating on its own.

American patients don’t visit a doctor as frequently as many others, four times a year on average versus six times worldwide. This can allow chronic conditions to develop or worsen.

Enough about what we’re doing wrong, let’s take a look at who’s doing things right. Here are the top three countries on the index:

Their efficiency ranking is primarily due to extensive government subsidies and tight control and oversight of the system.

However, it’s not all rosy: a rapidly aging population, medical tourism, and institutional resistance to doctors with foreign accreditation means that the public system is severely overburdened. Wait times for stable patients are as long as 84 weeks for surgery, 94 weeks for an ENT appointment, and 183 weeks for a gynecological examination.

Singapore also maintains a good balance between public and private options, and has a medical savings plan into which employees and employers must contribute equal amounts. They also mandate transparent pricing, and regulate the number of practitioners and medical devices (and their use) to avoid overutilization.

Third on the list, and best in Europe is Spain. Like Hong Kong and Singapore (and many others on the list), they have a mix of public and private facilities and are predominantly funded by taxes. State-sponsored coverage is mandated in the Spanish constitution and is available free to any resident. The system covers 99.7% of the population, with 0.3% having access only to private care.

Spanish doctors have no financial incentive to prescribe expensive drugs or procedures, and therefore seek and recommend the most cost-effective treatment plans.

How Can We Do Better?

There are several things that can be done to improve the situation in the U.S. (efficiency score: 29.6; life expectancy 78.7), and many are already in motion:

HMS is working hard in several of these areas today. What is your plan doing to boost efficiency? 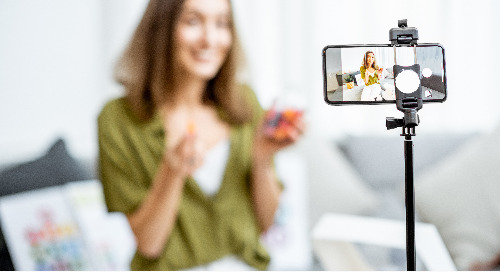