Exploring Public Option as an Alternative to Single-Payer Model

Although the Single-Payer model has dominated the healthcare reform spotlight this past year to be sure, public option has seen a fair amount of attention too and deserves a deeper discussion.

A public option is a subsidized health plan regulated by the government that can be unfunded, partially funded or fully funded by the government.  While included on the universal coverage spectrum, public option proposals seek to give all U.S. residents health insurance at a lower cost. The Affordable Care Act (ACA) originally included a version of public option however, at the time, the topic was too politically charged, leading to its exclusion from the final version.

Cost is driving much of the desire for change in today’s environment. Public option designs provide more flexibility, than single-payer plans, to tailor health programs; making them popular with those attempting reform.

There are many forms of Public Option, and all aim to preserve parts of the existing healthcare system.

Public option, while more prescriptive in practice is not rigid in its pure form. Moreover, public option proposals preserve elements of the current health insurance system, such as private insurance.

During the 2019 legislative session, there were 43 public option pieces of legislation proposed at the state and federal level all aimed at universal health care while containing costs and preserving parts of the existing healthcare system. Some proposals planned to add to the pool of Medicare or State employee plans, others envelop Medicaid and CHIP into a single program with individuals currently ineligible for the program, and still others create a new government plan for individuals ineligible for public plans and/or tax credits.

The following are all examples of public options that have been floated as potential healthcare reform ideas.

Targeted Buy-In[i]: This option allows a select population of people (not otherwise eligible for the plan) to purchase access to the plan’s benefits. For example,

Medicaid Buy-in: A state offers benefits similar to Medicaid to those not eligible for Medicaid or Medicare benefits and not qualified for subsidized marketplace coverage. Example: Federal State Public Option Act

State Employee Health Plan Buy-in: A state allows private citizens and/or corporations to be included in the state employee health plan. These proposals can narrow the option to small businesses or to individuals without “affordable” health insurance options. Example: Maine House Bill 109

Medicare Buy-in: The federal government offers benefits like those in Medicare to people not otherwise eligible for Medicare and not qualified for subsidized marketplace coverage.  Example: Medicare at 55 Act

Please note, both Medicaid and Medicare buy-ins have existed previously in small, targeted populations like the disabled. The above buy-ins are more broad in their targets and do not require federal approval.

Buy-in for All: A government (state or federal) offers a government-sponsored program, like Medicaid or Medicare, to everyone regardless of traditional eligibility, as a lower-cost option outside a health insurance exchange marketplace.

Medicaid buy-in for all is offered to all individuals, except those covered by Medicare. People must not currently be eligible for Medicaid and thus, “buy-into” the plan by paying premiums and cost-sharing.[ii]

Medicare buy-in for all provides choice for individuals and employers to enroll in a Medicare-style plan in lieu of other insurance available to them, including employer-sponsored coverage. Medicaid and CHIP beneficiaries could be allowed to enroll in this type of plan as well, instead of Medicaid and CHIP. Auto-enrollment in the program could occur for every citizen without insurance and caps on individual and household premiums related to monthly income may be applied. One example: HR 7339 “Medicare for America”

In these examples, those receiving subsidies for healthcare could apply the subsidies to the buy-in plan. Furthermore, plans proposed by states need a 1332 waiver in order to operate.

Public Option via a healthcare marketplace: Under this variation, states would make a lower-cost public option available to individuals and/or small employers on the healthcare marketplaces; while maintaining traditional public health programs like Medicaid. Without government intervention to actively make this plan the low-cost option, there are no guaranteed cost-savings for consumers. Benefit packages in this model must align with the Essential Health Benefit package.

It’s important to note here that this model does not require a government health plan rather, it implies states could oversee a plan with specific criteria but administered through a health plan.

For example, Washington State passed Cascade Care, earlier this year. It requires the state to procure health insurance plans aligning with the newly defined standardize plan criteria plus additional requirements. These Cascade Care plans will not be a government program, rather it is a government sponsored program where the state sets the way the plan will look and receives reimbursement but does not contribute any funds toward payments to the plan. Individuals who choose the Cascade Care plans will pay premiums and other cost sharing on their own. The goal of this change is to provide more choice and use competition to reduce costs while enabling participating individuals to spend no more than 10% of their modified adjusted gross incomes on premiums.

Basic Health Program (BHP): In this alternative, a state could create a health coverage program for low-income residents who would otherwise be eligible to purchase health insurance from the marketplace. BHPs receive 95% of the amount the federal government would have paid in federal subsidies to eligible individuals. This population as defined under the Affordable Care Act (ACA) are individuals between 138% and 200% of the federal poverty level (FPL) and those not eligible for Medicaid because of their immigration status. The state has the flexibility to design a public plan aligning with Medicaid or a QHP and must determine premiums and cost-sharing for this population. Very few states have leveraged the BHP as a public option; one reason may be because it can correlate to higher premiums in the marketplace for individuals not eligible for the BHP.

Ahead of the 2020 elections, expect much more discussion on public options and their place in the current healthcare landscape. Many Democratic Presidential candidates support a public option such as, former Vice President Joe Biden and Mayor Pete Buttigieg. 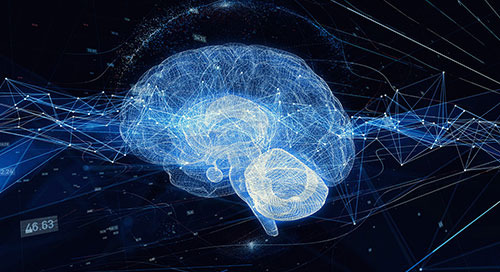 The Impact of Poor Health on IQ 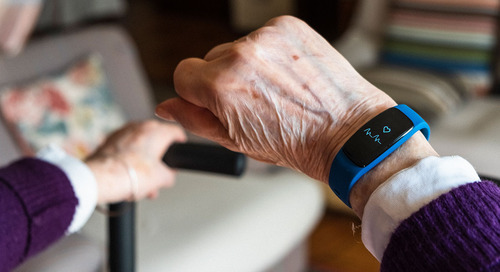