Animals make us happy — but could they also help us live longer? New research focusing on the correlation between dog ownership and health outcomes suggests the human-canine relationship may run far deeper than a smile and a wag.

Self-proclaimed dog person or not, it’s hard to deny the instant happiness boost our ever-exuberant companions can provide. (Just do an image search for “dogs going on walks” and try not to smile.)

While the friendly rivalry between cat person and dog person remains largely unsettled, those who swear dog owners have a healthy leg up may just be on to something. A recent study published in the American Heart Association journal Circulation found that dog ownership was associated with a lower risk of death following a major cardiovascular event.

Although the impact of dog ownership on the mental well-being of humans has been well researched, empirical evidence linking dog ownership to improved survival has been inconsistent at best, which makes these recent findings significant. When it comes to treating the whole person — physical, behavioral and social determinants of health included — a healthy dose of human-animal interaction may be just what the doctor ordered.

Dogs Get Us Moving

Let’s start with the obvious: with dog ownership comes more physical activity, and with more physical activity comes a healthier heart — and mind — for both pet and owner. Depending on the age and breed of the dog, The Kennel Club suggests a 15 to 20-minute walk once or twice per day, while the American Heart Association recommends at least 150 minutes per week (roughly 20 minutes a day) of moderate-intensity aerobic activity for human adults. And what better motivation for getting in those steps than an anxiously awaiting pup at the door?

Dogs Give Us Love — The Hormone, That Is

Whether dogs have the capacity to love in the same sense as humans may be up for debate, but there is science to prove that they give us plenty of it. Research has shown that interacting with dogs can trigger the release of an affection-boosting hormone called oxytocin — and that merely locking eyes may be enough for us to feel the love. Oxytocin, sometimes referred to as the “love hormone” or “cuddle hormone,” is heavily associated with social bonding and has even been found to help downregulate stress and anxiety. And even more adorable? Dogs get a boost of the love hormone when they gaze into the eyes of their humans.

Social isolation is a known social determinant of health, but emerging data suggests that loneliness is as serious a health threat as obesity, physical inactivity and even smoking up to 15 cigarettes per day. Cigna’s 2020 loneliness survey shows an astounding 61% of Americans feel lonely, and research published in the British Cardiovascular Society’s journal Heart found that older heart patients experiencing loneliness are at a higher risk of all-cause mortality within a year after hospitalization for a cardiac event.

No doubt these statistics are sobering. And while it would be irresponsible to suggest that dog ownership in itself could curb the loneliness epidemic, there is evidence supporting that it could at least reduce feelings of loneliness, particularly among older populations. A study published in the journal Aging and Mental Health examined survey data from 830 primary care patients aged 60 and older. Not only were pet owners 36% less likely to report feeling lonely than non-pet owners, but non-pet owners living alone had the highest likelihood of reporting feelings of loneliness.

Can Dogs Actually Make Us Healthy?

It is important to recognize there are caveats to much of the existing research on dog ownership and health outcomes, with the general conclusion being that further investigation is needed before getting a dog can be declared a viable intervention for high-risk groups.

Some scientific evaluations stop short of suggesting a causal relationship between dog ownership and improved survival — for instance, the Circulation study correlating dog ownership with improved cardiovascular outcomes acknowledges unmeasured confounders such as smoking in its research. Caring for a dog is also a commitment that isn’t always feasible, particularly for people experiencing physical, social or economic hardship

But given this exciting new research, what we know about the importance of social determinants to population health and the undeniable joy our four-legged companions can bring us, experts agree there’s certainly no harm in discussing this low-to-no-risk, potentially high-value intervention in the clinical setting. 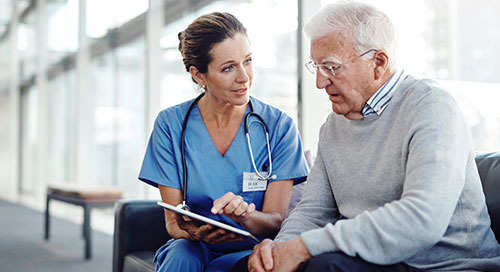 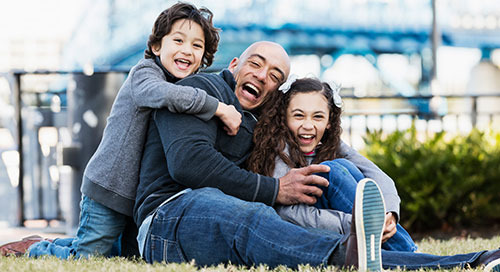 Engaging with Hispanic Members: Why Cultural Adaptation of Content Wins Over Direct Translation Every Time