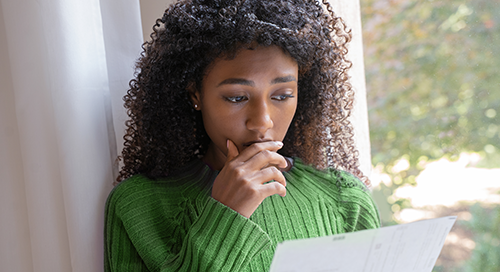 The World Health Organization defines universal health coverage as a system in which “all people have access to the health services they need, when and where they need them, without financial hardship.” At HMS and for the purposes of this piece, we are envisioning universal coverage as being delivered through multiple, familiar channels — commercial insurance, employer-sponsored plans and government programs — to create an environment in which all Americans have affordable access to the care they need, when they need it.

The Affordable Care Act (ACA), enacted under the Obama administration in 2010 and experiencing a revitalization under the Biden administration, is the least disruptive, most expeditious and advantageous path to achieving universal coverage in today’s environment.

Since its enactment, it has been acknowledged on both sides of the political spectrum that the ACA is not without flaws. For one, Americans making more than 400% of the federal poverty level have historically not been eligible for premium subsidies and have therefore struggled to afford coverage through the ACA exchanges. As KFF notes, these affordability challenges have disproportionately affected older adults living in high-premium, rural areas who make slightly more than the subsidy threshold. Additionally, the refusal of some states to expand Medicaid under the ACA left millions of Americans in a coverage gap.

Biden’s American Rescue Plan Act (ARPA), signed into law on March 11, 2021, promises to address shortcomings of the ACA by making coverage more affordable and accessible to Americans who cannot afford health insurance or do not have access to it through an employer. The plan extends eligibility for premium ACA tax credits to people making over 400% of the federal poverty line and caps ACA plan premiums at 8.5% of household income. The ARPA also provides a financial incentive to states that have not yet expanded Medicaid under the ACA to do so now.

The ARPA’s many healthcare provisions are significant and have the potential to close the coverage gap in a meaningful and sustainable way. However, the legislation is only the first step. Further action is needed at both the government and industry level to support the implementation of the ARPA and maximize its impact.

Despite the fact that the ACA has been law for more than a decade, a lack of awareness and understanding of coverage options remain barriers to adoption. As recently as 2017, a Morning Consult survey highlighted by The New York Times found that 35% of people didn’t know that the ACA and Obamacare were the same, with confusion particularly pronounced among people making less than $50,000 a year — a group that, as the article notes, could have been significantly affected if the law were to have been repealed. At HMS, employees who have personal experience with the health insurance marketplace or state-based exchanges have shared their challenges. One writes:

“My adult children do not work for large companies with good employee benefits. One of them is an individual contractor who cannot afford a traditional self-pay insurance plan. When she was about to turn 26, I spent a great deal of time with her researching the different ACA health plans available and found them to be very confusing. The coverage limitations were complicated, and the plans’ cost is definitely not something ALL Americans can afford.”

In reforming the ACA to expand coverage to more Americans, public and private sector stakeholders must place equal emphasis on educating consumers about their eligibility and the coverage available to them. The Biden administration has already taken a major step in this direction, pledging $100 million in marketing and advertising to make consumers aware of newly affordable exchange coverage options, The New York Times reports. To supplement these efforts, the following targeted outreach strategies should also be considered:

With a health and economic crisis ongoing and trillions of dollars being spent to address it, the integrity of our government dollars is critical; at this pivotal moment, so too is the need for practical, accurate program integrity protocols that contain healthcare costs and prevent fraud, waste and abuse. The following actions can be implemented immediately at a program level to reduce healthcare spending and strengthen the system to withstand today’s unprecedented challenges:

HMS is a healthcare technology and analytics partner to the nation’s largest government healthcare payers and hundreds of state Medicaid agencies and health plans. We believe the ACA is crucial to meeting Americans’ critical healthcare needs, and we support the federal government’s efforts to strengthen the law and expand the availability of coverage to those historically left behind.