Before COVID-19 hit, approximately half of Americans had health insurance through their employer, according to research from The Commonwealth Fund. As of May 2020, Kaiser Family Foundation (KFF) estimated that nearly 78 million people lived in a family in which someone lost a job, and that nearly 27 million people could lose employer-sponsored insurance (ESI) as a result of job loss.

The COVID-19 crisis has raised several questions around the current healthcare infrastructure. With regard to ESI, some believe the pandemic could be a catalyst for much-needed reform, as tying health coverage to employment status has proven especially problematic in today’s environment. Although a safety net exists, it isn’t without gaps, leaving many millions unemployed and uninsured during a pandemic.

How Did We Get Here?

The U.S.’ employment-based insurance system is largely rooted in World War II and ensuing economic policy. As Aaron E. Carroll, a professor of pediatrics at Indiana University School of Medicine explained in The New York Times, health benefits were a way for employers to compete for talent when wages were frozen to mitigate a labor shortage during the war. In 1943, ESI became tax-exempt — and, thus, the most economical means of obtaining health coverage. Prior to World War II, few people had health insurance; by 1960, more than two-thirds of Americans had it “in some form.” Published in 2017, Carroll’s article concludes, “Without much pressure for change, it’s likely the American employer-based system is here to stay.”

That may well be the case — or have been the case, had the pandemic not brought to light some of the system’s inherent flaws. A 2018 survey from America’s Health Insurance Plan found that 71% of Americans were satisfied with their employer-provided health coverage. For 56% of respondents, coverage was a main consideration in the decision to remain at their job. Fast-forward to April 2020, when the unemployment rate reached the highest level since the Great Depression. For those who lost ESI, coverage options vary, and navigating those options can be a major undertaking.

Other Coverage Options — and Gaps

While some may be able to continue their ESI for a period of time through the Consolidated Omnibus Budget Reconciliation Act (COBRA), this can be an expensive option. Without premium assistance, COBRA requires now-unemployed individuals to pay the full insurance premium — employer share included — plus a 2% fee. Although it can be cost-prohibitive, COBRA allows people to continue receiving care from the providers they know and trust, which may be an important consideration during a health crisis. As part of the Heroes Act, the House of Representatives has proposed to expand COBRA to subsidize the full premium for newly unemployed or furloughed workers; however, as of writing, the bill has only passed the House.

KFF estimates that nearly 80% of people who lost insurance as a result of job loss are eligible for Medicaid or marketplace coverage through the Affordable Care Act (ACA). This number is expected to increase considerably in January 2021, when state and federal unemployment insurance benefits are likely to expire for most people. In states that have not expanded Medicaid under the ACA, KFF notes that some will inevitably fall into the “coverage gap.” Additionally, research from the Urban Institute found that many people may not even be aware they are eligible for public or subsidized marketplace coverage.

Many of the typical barriers to healthcare have been exacerbated by COVID-19. For one, stay at home orders and fears of contracting the virus have led people to put off necessary care — both preventive and urgent.

Cost, one of the biggest factors in delaying or foregoing care, continues to be a main concern for Americans. In a pre-pandemic survey by KFF and The Los Angeles Times, 51% of adults with ESI reported that they, or someone in their household, had postponed or skipped some type of treatment in the past year due to cost. In a March 2020 poll from The Commonwealth Fund, 68% of adults said potential out-of-pocket costs would be “very or somewhat important in their decision to get care if they had symptoms of the coronavirus.”

One common answer to the shortcomings of the ESI model — and the gaps that exist in the nation’s overall health insurance ecosystem — is a single-payer system. However, political, economic and structural barriers have continuously prevented universal healthcare from emerging as a viable option in the U.S.

A more conservative opinion is that Health Reimbursement Arrangements (HRAs) could become more popular. In an interview with STAT News, former Trump administration healthcare adviser and health policy consultant Brian Blase suggests HRAs may appeal to employers as a way to “get more certainty over their costs.”

It could be argued that, among other factors, the rise of the gig economy had already begun to necessitate a shift from the traditional ESI model. A poll by NPR and Marist found that in 2017, one in five workers was considered a contract worker, and that 51% of these individuals did not receive benefits from their jobs.

It is hard to argue, however, that the current state of affairs — in which a deadly virus is rapidly spreading through a nation with millions unemployed, uninsured and unable to get the care they need — does not call for a reevaluation of the traditional system. World War II helped to shape ESI we know today; will the war against COVID-19 evolve it? 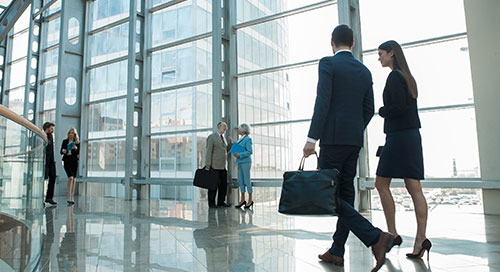 Containing Healthcare Costs in the Age of COVID-19 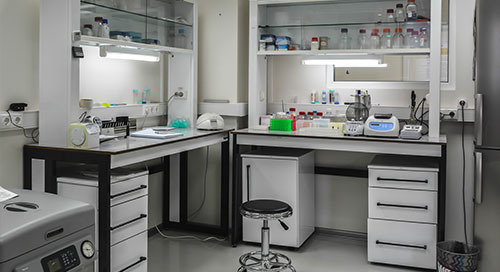