The Rise of the Celebrity Influencer in Healthcare

“OMG. Have you heard about this?”

It was a lead-in not uncharacteristic of an Instagram post authored by Kim Kardashian. One might expect, upon further reading, to discover the secret behind Kim’s super-sleek signature ponytail or perfectly contoured cheekbones. Readers might not be too surprised when she instead goes on to describe her battle with #morningsickness during her past pregnancies; after all, Kim had long been vocal about her pregnancy struggles on her famous family’s reality show and various other platforms.

But as it became clear this was an ad for a prescription medication to treat nausea and vomiting of pregnancy, with no disclosure of any compensation or risks that may occur, it was evident we had entered new territory — and that the line between celebrity endorsement and professional healthcare advice had just gotten blurrier.

Celebrities using their influence to market healthcare products to consumers is nothing new. Since the relaxation of direct-to-consumer advertising laws in the mid-1980s, celebrities from Kathleen Turner to Cyndi Lauper to many a Kardashian have been opening up about their personal health struggles and the products helping them.

Today, celebrity advertising in healthcare is ubiquitous, a trend further fueled by the advent of social media. In addition to expanding the reach of campaigns, social media has paved the way for modern-day influencers — those who, with the cultivation of a substantial social following, have the power to influence their networks to purchase a product or service they’ve been paid to endorse.

Of course, the rise of the influencer — and influencer marketing — didn’t happen in a vacuum. Rather, it coincided with an evolution in how we access information, shop for products and services and make decisions about our healthcare. With research repeatedly showing the effectiveness of word-of-mouth marketing, it is only natural that people trust the recommendations of those they follow — and that healthcare, an increasingly consumer-driven entity, is no exception to the phenomenon.

Celebrity endorsement has been widely regarded as one of the most effective forms of advertising, which further explains the rise of influencer marketing across industries and sectors, including, notably, healthcare. But when evaluating the success of these efforts, we must be careful to distinguish between financial profit and value as it pertains to public health.

Sales of the morning sickness drug Diclegis, for example, soared by 21% following Kim K.’s post to her 100 million-plus followers. However, this monetary gain came alongside a strict warning from the Food and Drug Administration for the ad’s failure to disclose the risks associated with use of the drug, prompting Kardashian to post a correction. While the #CorrectiveAd outlined the risks and limitations of Diclegis, it did not disclose the $500K she made on the deal.

Beyond prescription drug marketing, we have also seen the positive power of celebrity in persuading consumers to take action for their health. Cigna’s 2018 “TV Doctors” campaign, in which actors who played doctors on television encouraged Americans to get their annual checkups, is one example. In addition to driving massive engagement, the Journal of Advertising Research found that 40% of viewers intended to schedule a checkup after seeing the campaign. As Cigna Global Branding Officer Stephen Cassell told FierceHealthPayer, the campaign was inspired by CDC data showing that as many as 100,000 lives could be saved if every American had a yearly checkup.

When it comes to celebrities and healthcare, we are at a point of convergence. How do we reconcile the disparity between the role of celebrity in getting important healthcare information to consumers and the reality of celebrities hawking products or services for personal profit?

Gaining a better understanding of the impact of these campaigns — not on the sponsoring organization’s bottom line, but on actual health outcomes — is a start. Problematic as it may be in some respects, we must acknowledge the driving forces behind the influencer phenomenon in order to meet people where they are — leveraging the power of celebrity to reach and engage consumers, while remaining cognizant of how that power is being wielded and who exactly stands to benefit. 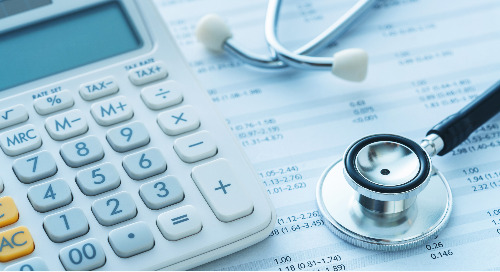 Looking Ahead to 2022: Payment Integrity, Claims Accuracy, and Premium Protection Will Be More Important Than Ever for MA and Part D Plans 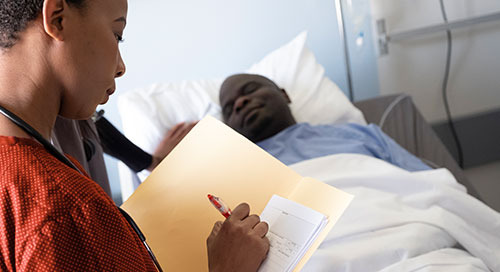