Resources » Blog » TRICARE and Medicaid Coordination of Benefits: The System is Broken
× Share this Article

TRICARE and Medicaid Coordination of Benefits: The System is Broken 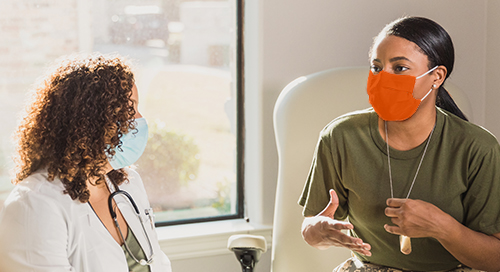 TRICARE is the Department of Defense’s health benefits program for U.S. Armed Forces military personnel, veteran retirees and their dependents. According to the Medicaid and CHIP Payment and Access Commission (MACPAC), nearly one million TRICARE beneficiaries also have coverage through Medicaid.

Coordination of Benefits between Medicaid and TRICARE is a significant issue. This problem has marginalized underserved populations, while concurrently leaving state Medicaid programs at risk for paying hundreds of millions in claims that were TRICARE’s responsibility. Inequities between the Medicaid and TRICARE programs impact the underserved communities they serve, but also create inequity among healthcare programs and between the state and federal government.

Barriers to Medicaid/TRICARE Coordination of Benefits

Although TRICARE must legally pay claims before Medicaid, states continue to face COB challenges. When it comes to TRICARE, three factors obstruct the TPL process:

To Address These Issues, Advocacy Is Needed

The urgency to address these issues has increased over the last 18 months as the role of Medicaid and the impact to state budgets has increased. During the COVID-19 pandemic, Medicaid enrollment grew significantly. This will continue to drive higher healthcare spending in the Medicaid program, with significant implications for state governments which operate Medicaid and reimburse claims.

In addition, states are also expanding Medicaid programs in response to provisions in the American Rescue Plan Act of 2021 (ARP). State Medicaid Directors expect Medicaid enrollment to grow 8.2% this year and spending to increase by 8.4%.

Gainwell strongly urges Congress, the federal government, and other interested stakeholders to examine these issues and to ensure that TRICARE abides by the TPL standards that other third-party payers follow. A good first step would be a new data sharing agreement between CMS and DoD. By ensuring that the appropriate payer reimburses claims, Medicaid retains its payer of last resort status, strengthens program integrity and materially contributes to the long-term sustainability of this essential program.

For other policy perspectives and more information, please visit our Health Ideas page.